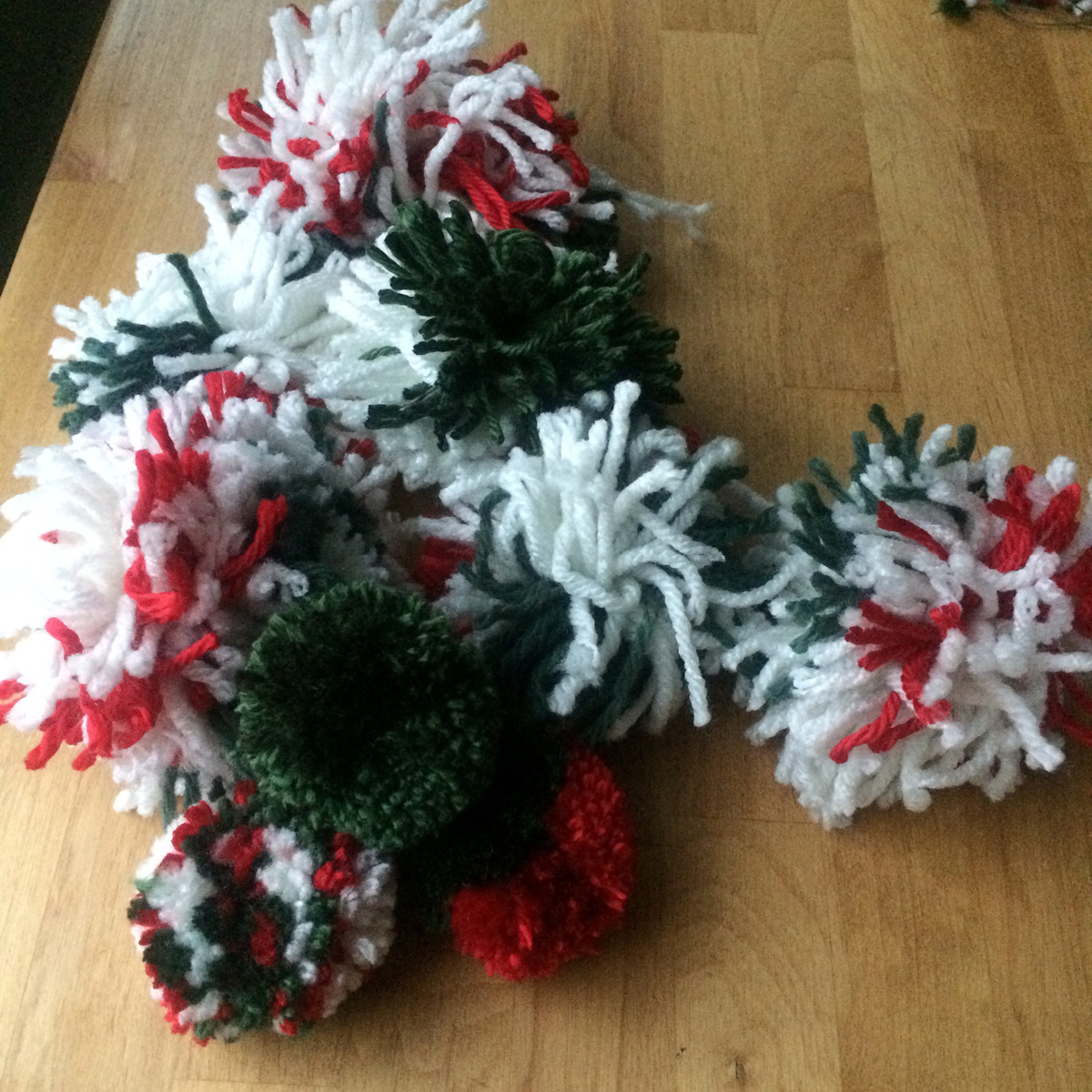 Pom-poms! I was seized with the idea to make these as I was browsing through a high-end catalogue that boasted a holiday pom-pom garland. I thought it was so cute, so homey, and so beautiful. But that price tag! Then I realized, aren’t you the one who writes the HOW-TO blog for Homespun Modern HANDMADE? Yes. Yes I am. I can certainly make my own pom-pom garland.

Oh yeah I did.

It’s so easy you’ll be thinking of a million other ways to use your pom-poms. I decorated my gifts with them, you could add them to a pillow case or some curtains or the edges of a throw blanket. Add one on to your hand knit or store bought winter hat for a custom look. Tie a couple to your snow boots or slippers. Endless pom-abilities!! Ha…haaaa…. but really there are.

Here’s how you make one:

Use any ‘ol yarn. To synch the pom-poms in the middle I am using some waxed linen thread. The wax helps the threads stick and gives me a tighter knot. However, you can use any string at all and using the yarn itself is perfectly acceptable. Place a length of string about 10 inches long in the middle of the prongs of a fork. Then get your yarn ready to wind. 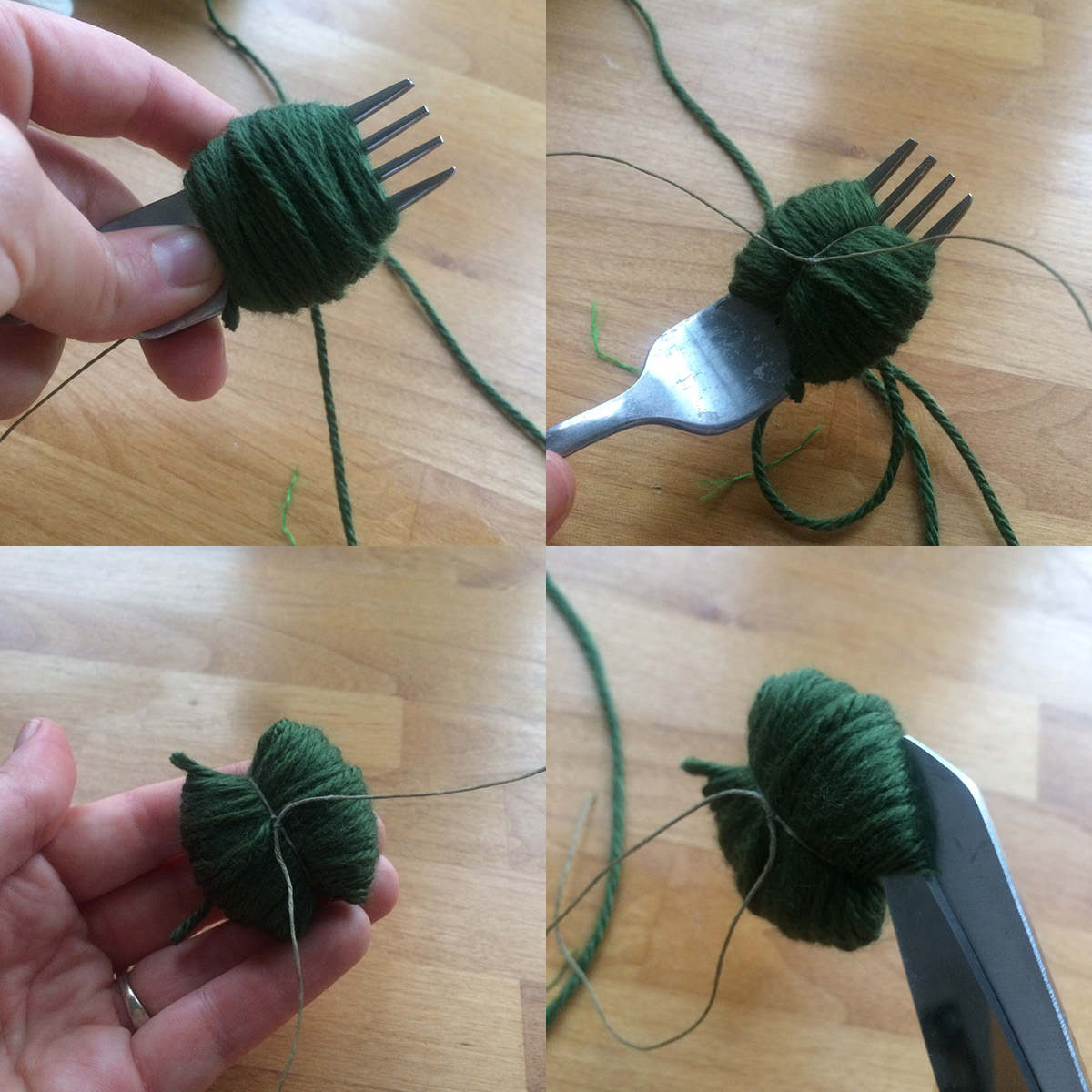 Wrap around until you’ve got a nice chunk of yarn on there. This was about 150 times for this yarn thickness/ fork size. Keep it manageable so it doesn’t run off the fork but dense enough to give you a nice tight pom. Then bring up the ends of your string and tie a knot as tightly as you can. At this point you can slide it right off. Grab a sharp pair of scissors and cut all the loops. 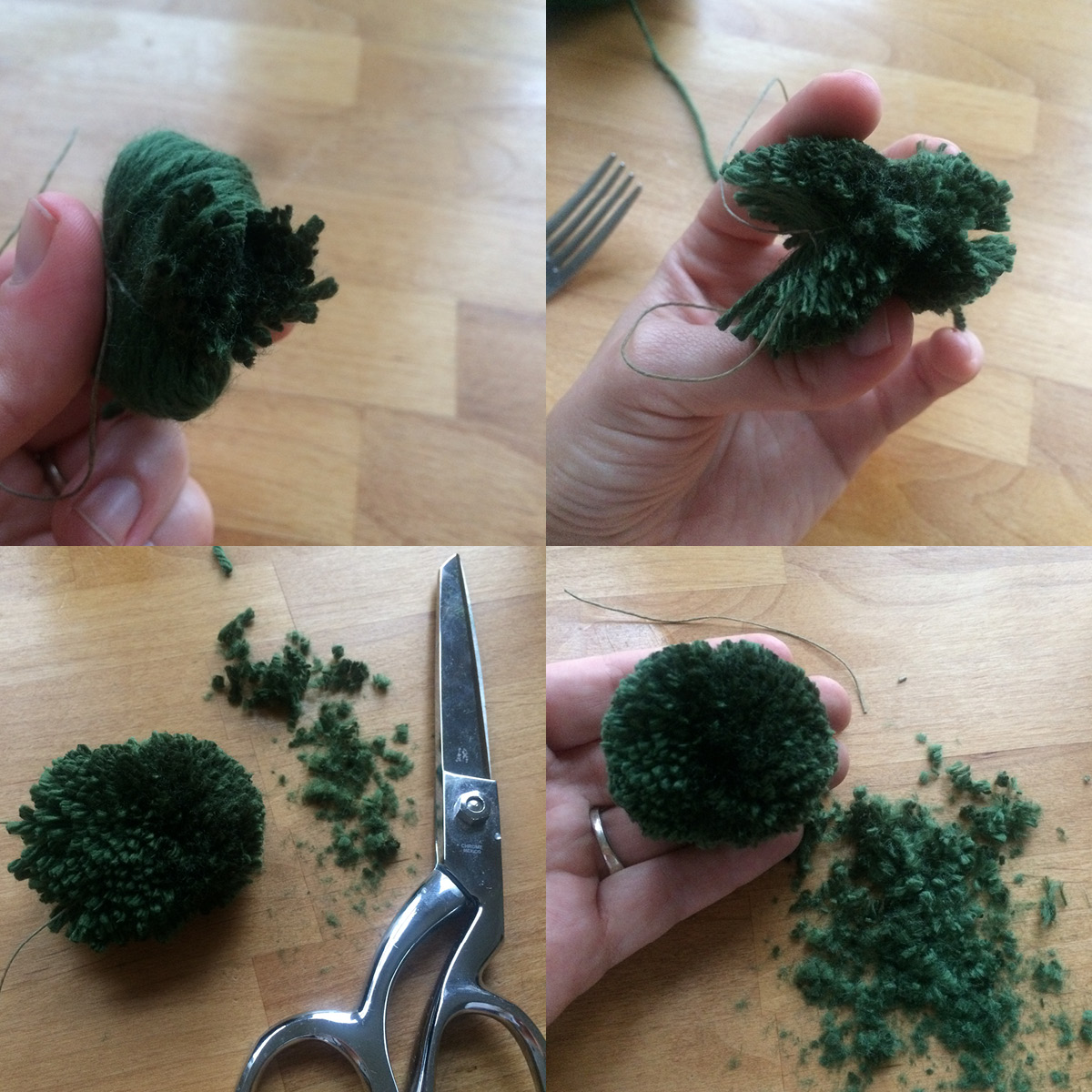 After you’ve cut all the loops, floof the pom a bit and then begin trimming. In the bottom left photo you can see I’ve trimmed the right side of the pom but not the left. If you want to tie your pom-pom onto something else, be sure to leave the strings you tied it together with in tact. If you’re making a garland, you won’t need these. And wah-la! A pom-pom! 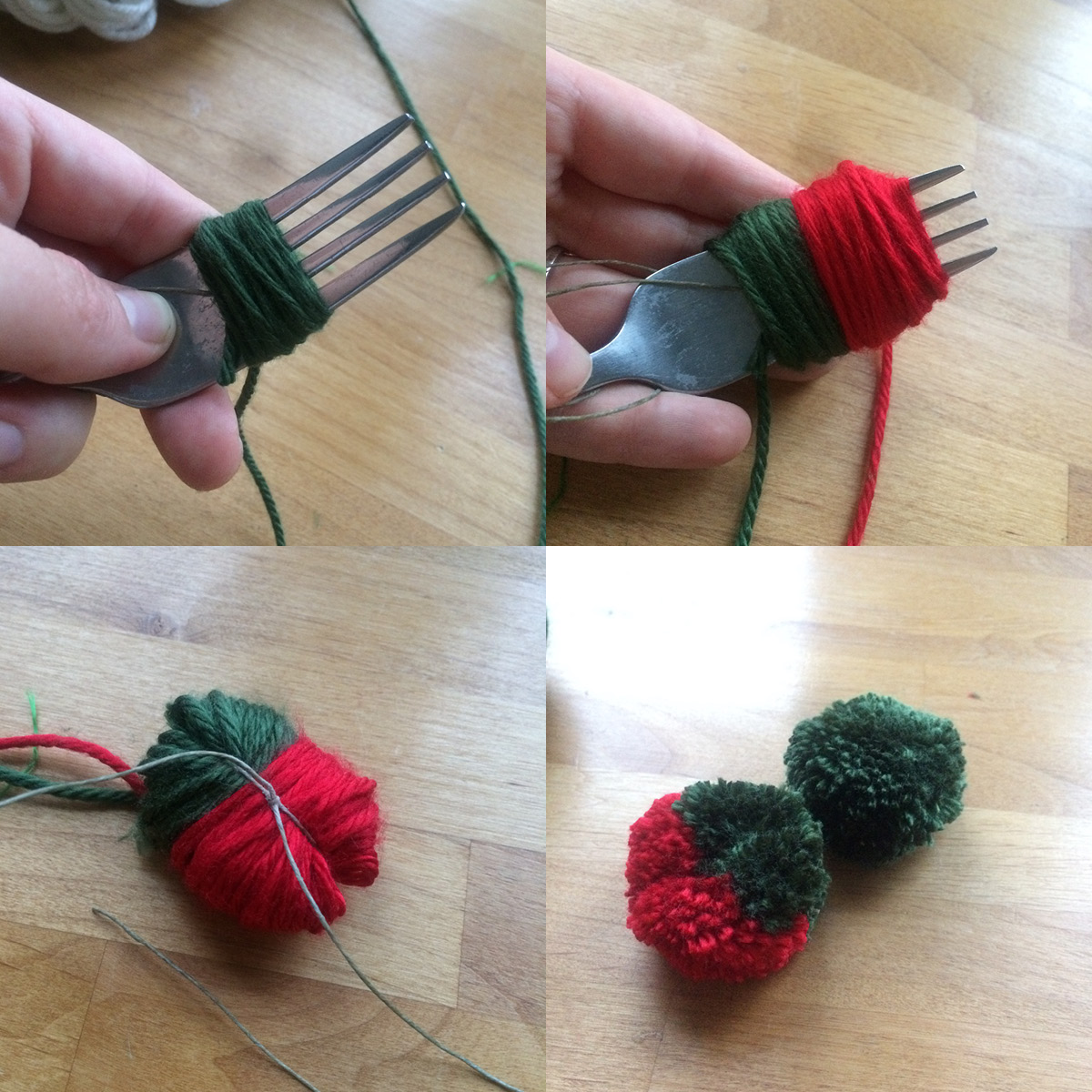 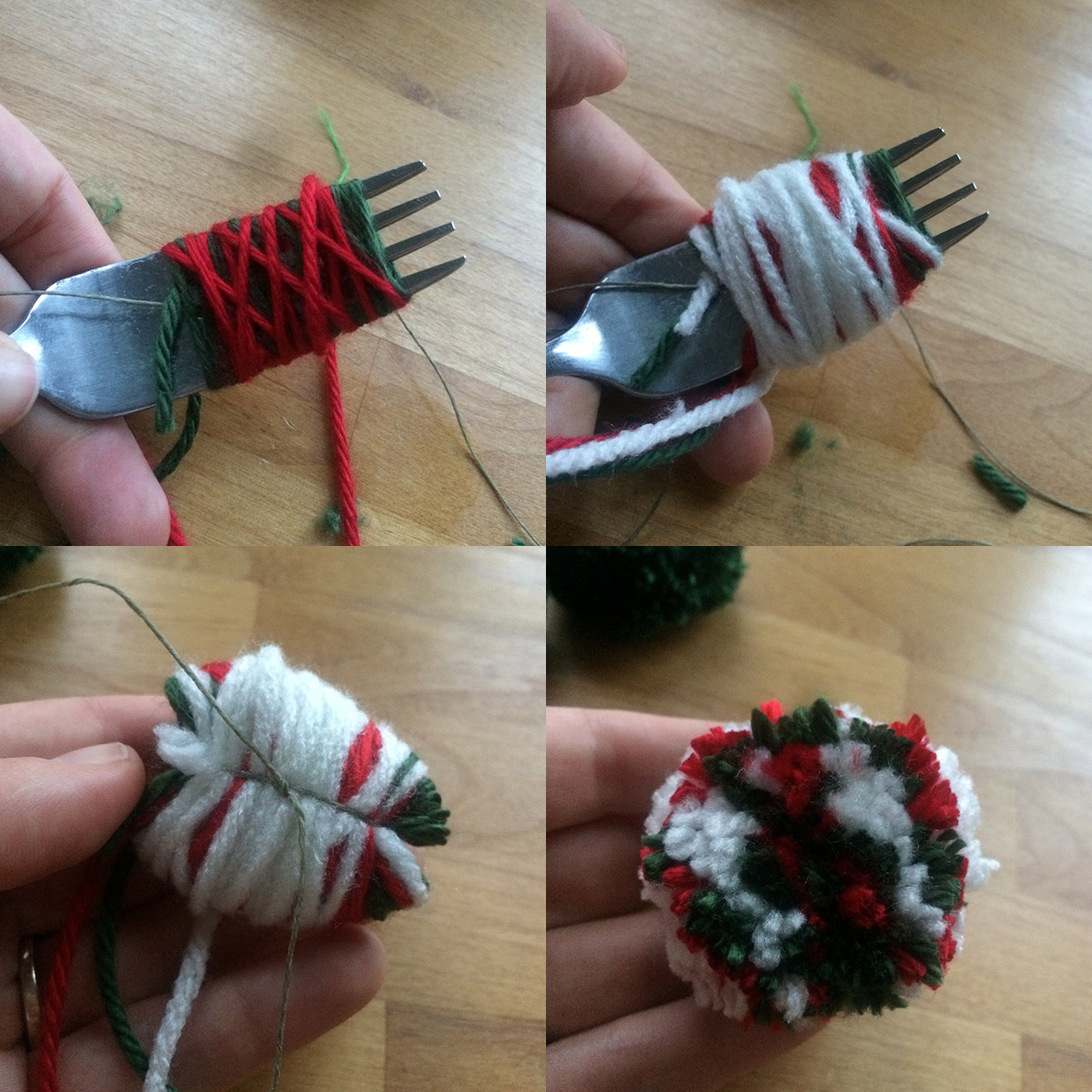 Making two or three colored pom-poms is easy enough. You can experiment with different ways of adding on new colors. Here are a couple examples, and there are more in the images of my garland posted below. 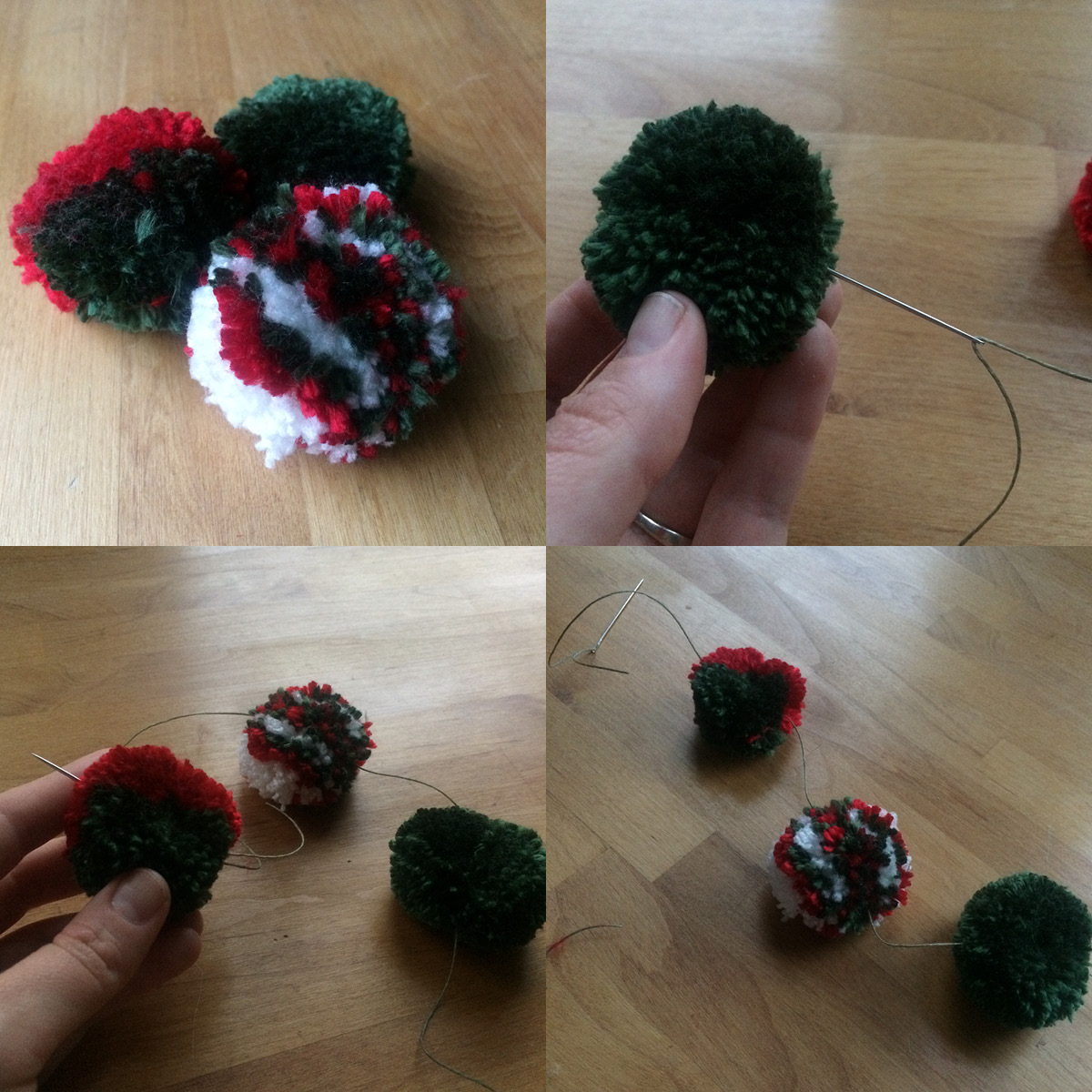 To make your garland, simply thread an oversized needle and push through the center (where you’ve tied the string) of the pom-pom. Space them as close together or far apart as you like! 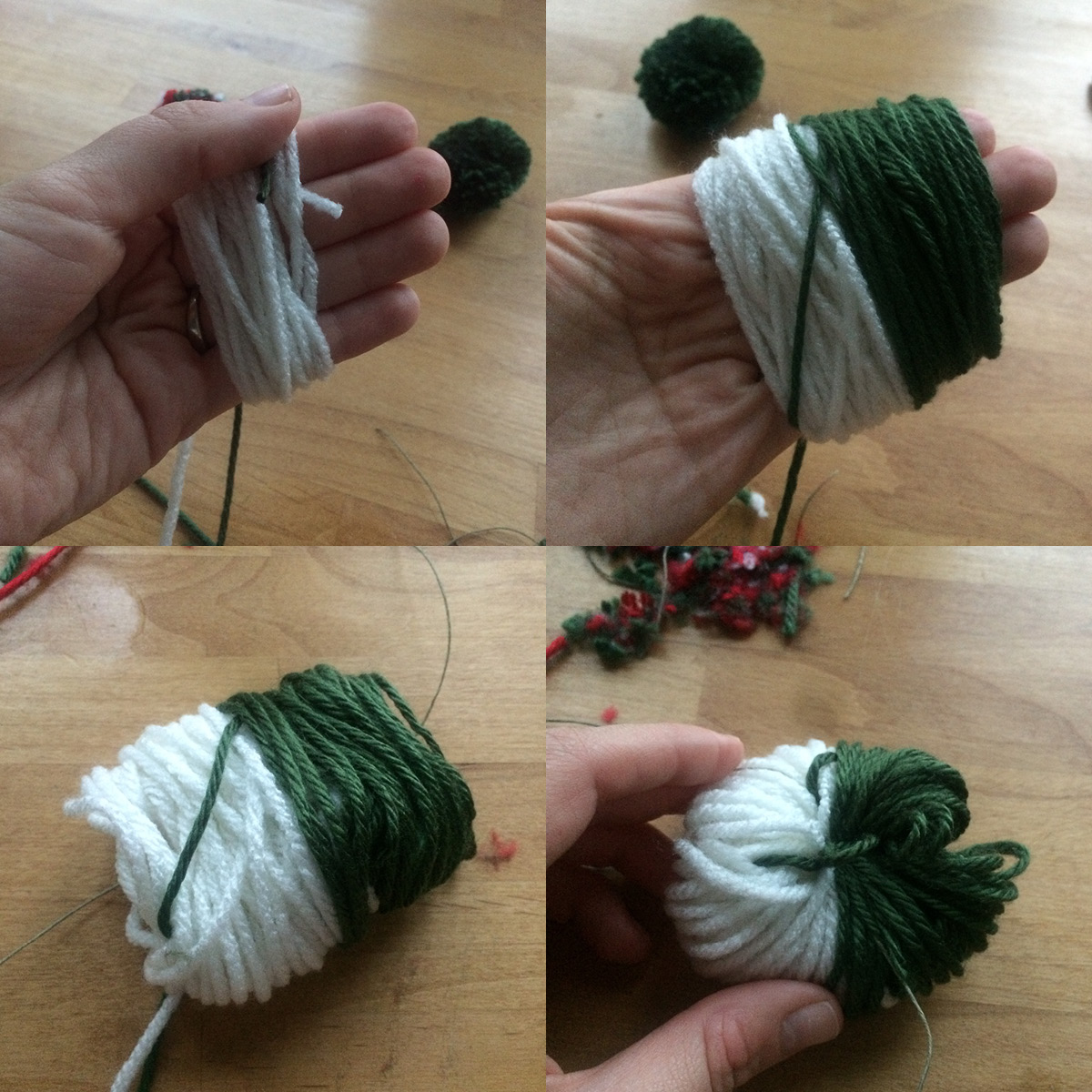 If you’d like a larger, looser pom-pom you can also make them with just your hands. Wind your yarn around your fingers, being careful to keep it from getting too tight or uneven. When you’re ready, just slip it off onto a piece of pre-cut thread and tie it around as close to the center as possible. 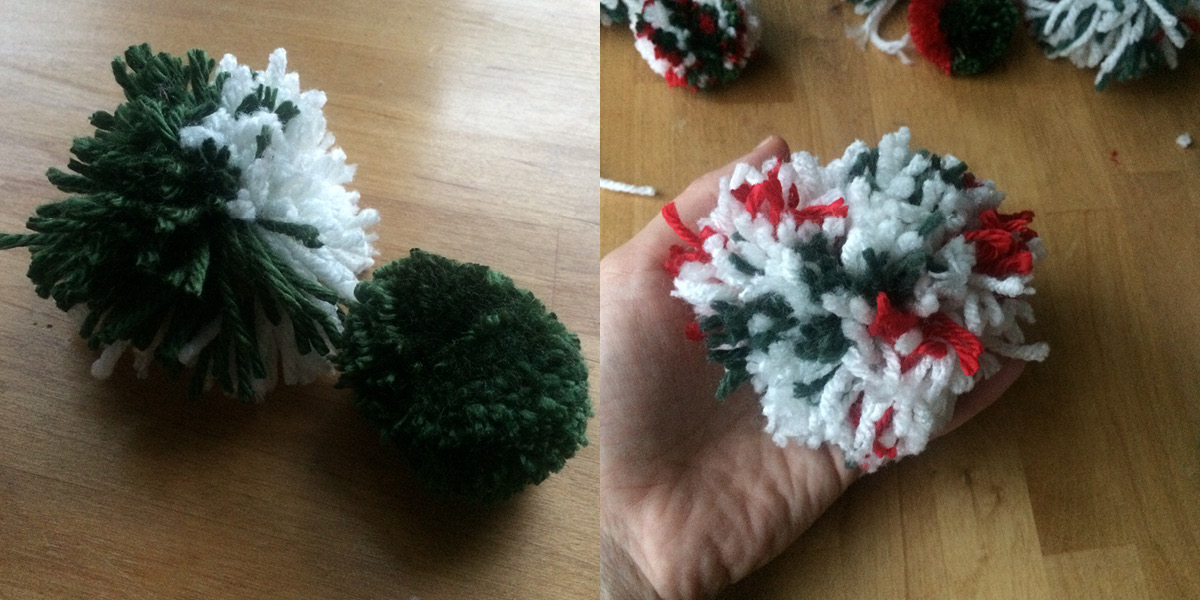 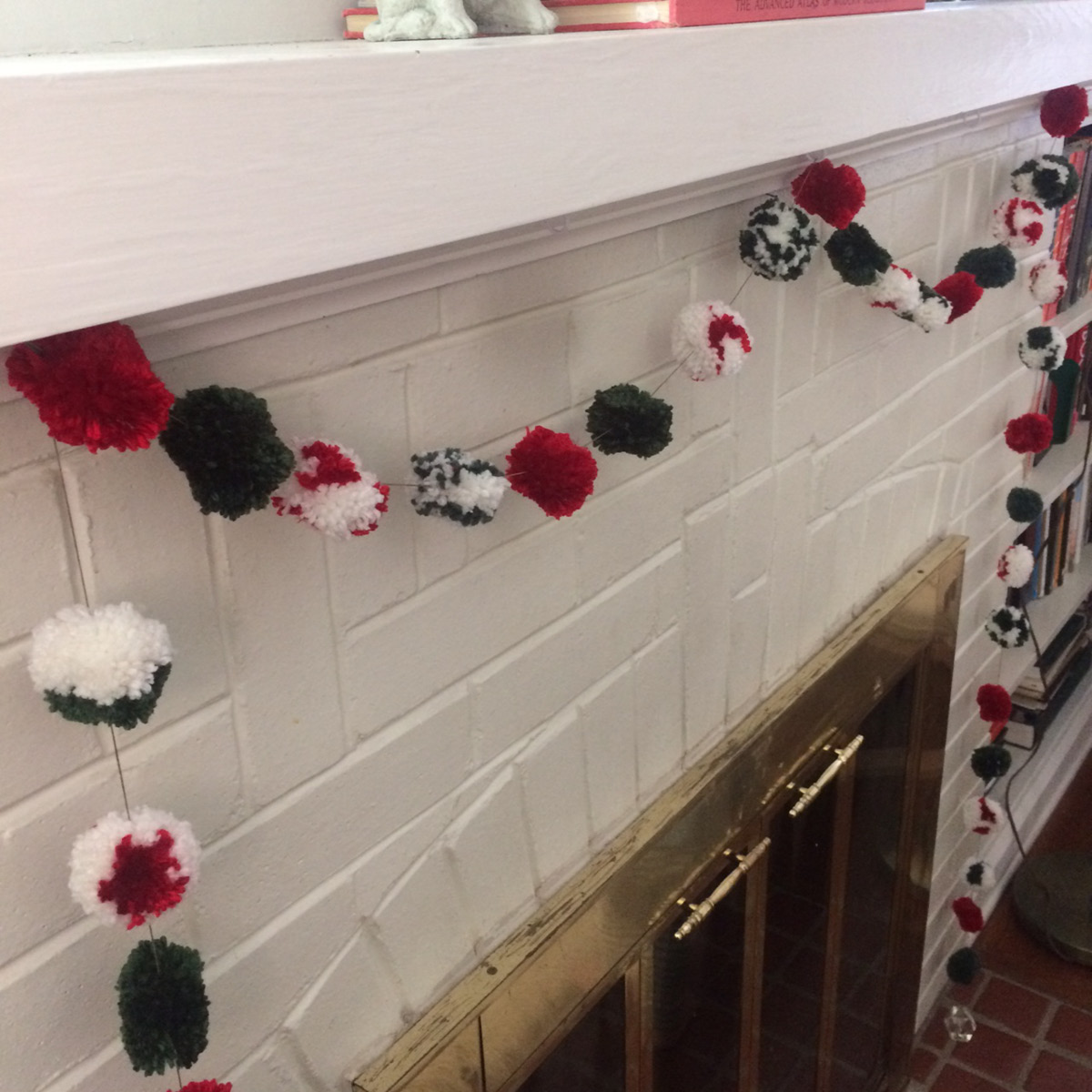 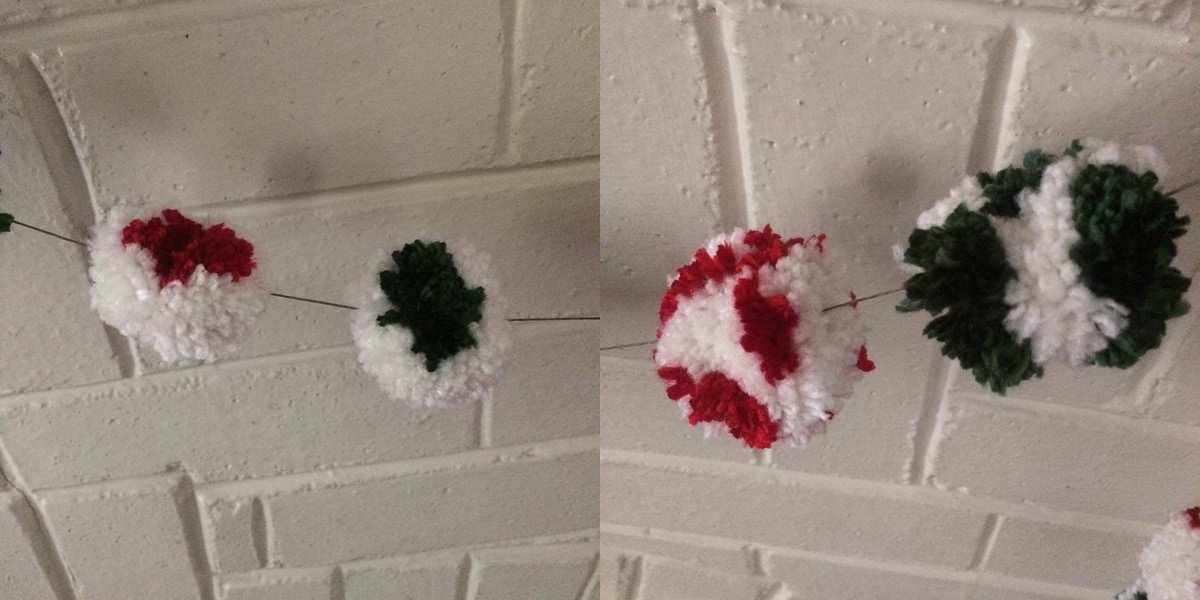 Here’s the finished garland and a few examples of different results from wrapping the yarn in different ways. I love it! 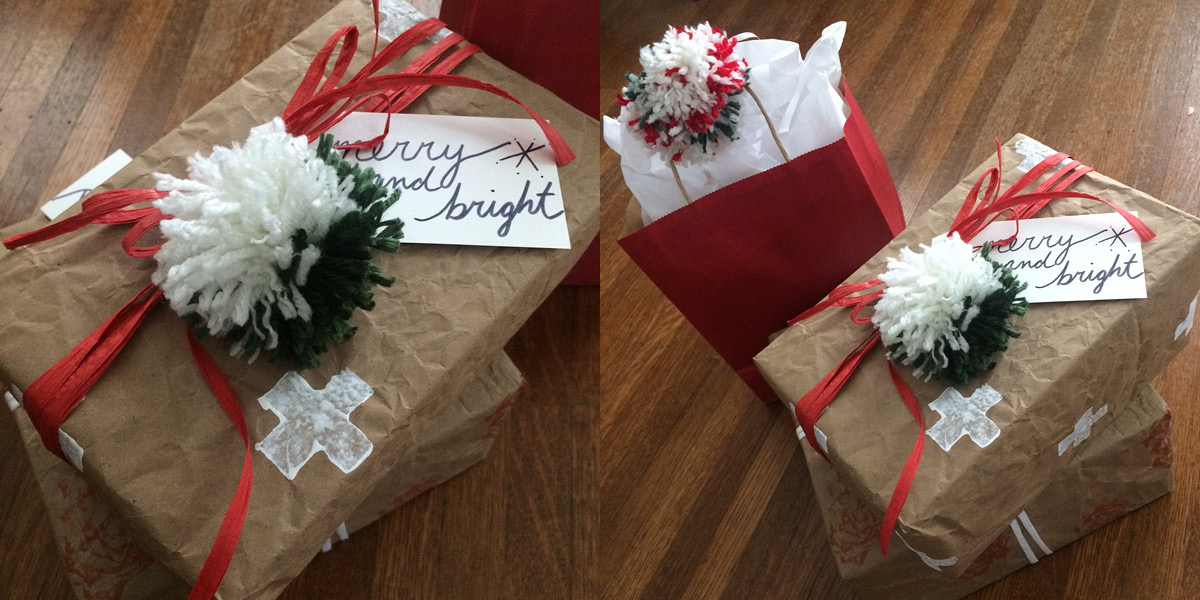 The perfect addition to your holiday gifts!