Book Signing and Knit-In with Joan of Dark

If you’re a Game of Thrones fan, surely you’ve daydreamed about having your own Direwolf. Joan of Dark, local knitter and author, can make that happen! Join us this evening and knit along with the author as she signs copies of her newest book, “Geek Knits”. 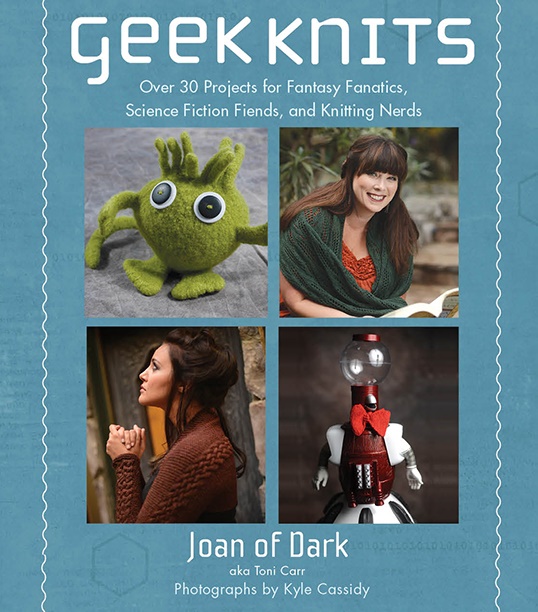 Geek Knits features patterns inspired by geek culture, with the knits modeled by some very familiar faces! Neil Gaiman in his Baker Street scarf and hat, George RR Martin cuddling a knit Direwolf, Adam Savage modeling a Muggle Artifact sweater and Whitney Avalon of “Princess Rap Battles” wearing a Captain America inspired sweater dress.
Grab your needles and make a 20-sided dice for your home, a Bunnicula bunny too cute to be terrifying, or a Companion Scarf suitable for running away with a mad man and his blue box! 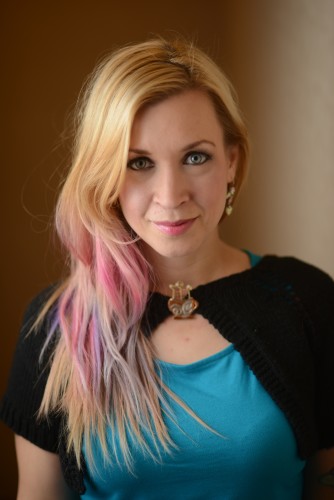 Joan of Dark is sometimes called Toni Carr, but not very often. Her passion for knitting started when she asked her grandmother to show her how, and she instantly regretted all the time in her life spent not knitting. Her first book, Knockdown Knits, was all about roller derby and knitting. Her second and third books, Knits for Nerds and Geek Knits, are both about nerdy/geeky knitting, so one could guess that Joan is a roller derby loving knitting nerd. This would be correct. She is also a rescuer of animals, and surrounds herself with not only a very loving and tolerant husband, but a miniature horse named Starkey, Pigwidgeon (Widget) the parrot,  a very weird dog named Sassy Burrito, Willie (the craziest corgi mutt ever), and a cat named Rori.

When not knitting, skating, performing aerial silks, or running though muddy obstacle course races, you may find her working in her coffee shop (Strange Brew), playing the guitar or the bass, or occasionally having too many glasses of wine and entertaining her twitter followers with her tipsy ramblings. #joanofdrunk